My favorite traveling companion just got back from one of the greatest cities I’ve ever visited. I’m talking about Mexico City. He took a boy’s trip with a couple of pals to this slice of heaven a short 4ish months after our first trip there. I’m happy for him, really. It was nice to have a relaxing weekend at home. But needless to say, it’s made me nostalgic and very ready to plan our next trip.

What better way to capture said nostalgia (and fuel the excitement of planning our next getaway) than by beginning the tail of our epic trip to CDMX? I would encapsulate it all in one post, but when David and I travel, we travel hard. So here goes nothing. Here goes Are You Kidding Me, Mexico City? Part 1…

Over a month of anticipation, semi-meticulous research, and intermittent Spanish lessons for Lee led them to that point—standing, waiting impatiently in some suburb of Chula Vista for their overdue Lyft. They were pushing their limits on time to make their flight, but they heard great things about the “walk across the border” process at CBX. They wanted to try it out. Finally, he, the 20-minute tardy driver arrived in his busted Prius, and then immediately sailed right past them, disappearing around the corner at the far end of the block. A callous “Cancelled Lyft” text reached her phone, no remorse. The fear of being tardy to the unknown nearly overwhelmed the young couple, but not five minutes later, an angel appeared in the form of a miniature, bubbly woman, Shuanie a.k.a. Lyft driver number 2. She drove with purpose and charisma to their destination, her conversation so engaging that they nearly forgot that they were behind schedule.

Life Tip #7 (for Mexican travel from SoCal): Don’t fear hopping on a flight out of Mexico to go deeper into Mexico. It’s cost effective with the potential to provide an unexpected, memorable experience.

Life Tip #8: When you do hop on that flight out of TJ, CBX is KING! A short walk and $12 later (which would probably only afford you one cocktail in a US airport), you’re in the Tijuana airport/country of Mexico.

They made it to their gate with time to spare, so Lee snagged sandwiches, exercising her rudimentary Spanish skills for what would be the first of many times. Dave waited by the bags. When Lee made it back to her beau’s side, they realized the flight time was closing in, and yet their gate was still empty. No signs of impending travel for Puerta 4. A man on the loudspeaker announced something about last call and Mexico City, but his words were lost in the commotion of a crowded airport. The forgotten American passengers frantically investigated their situation, finding that not only had their flight changed gates, but it had already announced final boarding several minutes ahead of its scheduled time. They sprinted through the airport to find the area in front of their new gate completely empty save for one agent. The agent hastily ushered them aboard the vessel, and they collapsed into their seats with a collective sigh of relief. For the next three hours in the pseudo comfort of the exit row, they took turns playing the part of each other’s pillows, mixologists, and photographers. 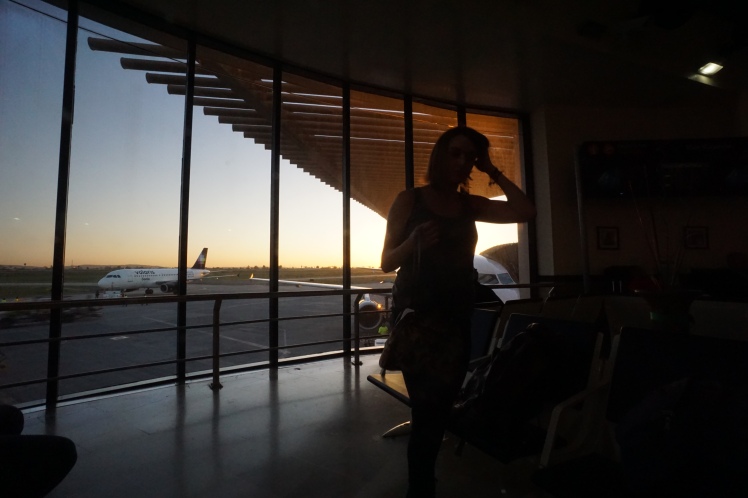 While some might say they were crazy for choosing to land in a foreign city at near midnight, Lee and Dave were not afraid. Okay, maybe they were a little. Their taxicab drove through winding, unfamiliar streets in silence, allowing his passengers to take in the unique sights of Mexico City after dark. They observed intermittent homeless dwellers, closed-up shops, and a mile long stretch of young, beautiful, sparkling, curvaceous prostitutes. Not long after passing by the last prostitute, they arrived at their hotel, The Hotel Sevilla.

A dimly lit lobby and a soft/fast-spoken woman greeted her guests in Spanish. Lee silently thanked God for Dave’s fluency, for this encounter would be significantly more complicated than the hotel’s travel-weary guests could have possibly anticipated…

The first issue came about when this night manager spent more than half an hour seeking out their lost reservation, all the while arguing against its existence. After that spell of confusion, she found it in the prepaid reservations pile. All was well, but then, the second issue arose. Dave and Lee were famished, but their hunger was immediately shut down in favor of their safety. The woman, ominous but now sympathetic, advised against walking anywhere near or far for food at that late hour, even cautioning against heading to the local and open diner chain Vips, which was a mere few doors down. They accepted their room key and headed for bed, which brought about issue number three. Their room  possessed a very lived-in feel, for in it there were clothing items and toiletries scattered about an unmade bed. Delirium took over, and giggles ensued. In time, the concierge, though not necessarily apologetic for all of the bad news and mix-ups, did manage to deliver one final surprise-a comfortable, unoccupied double bed room. 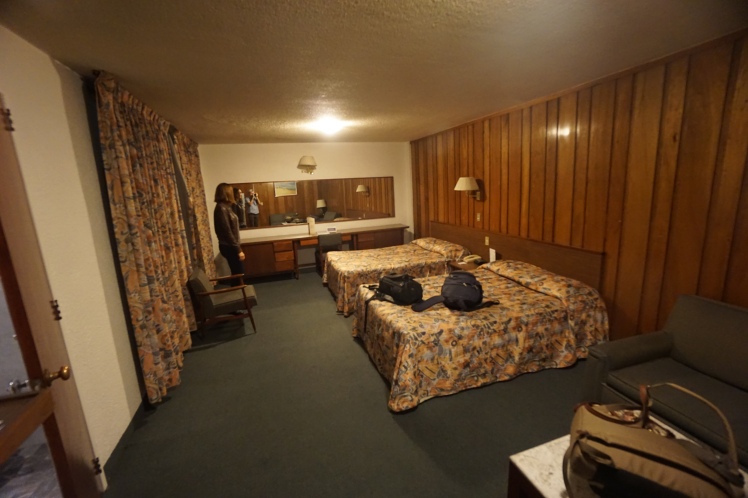 At well after midnight, they settled in, hungry and long past tired, knowing that only one thing was for sure. It was going to be one hell of a trip.